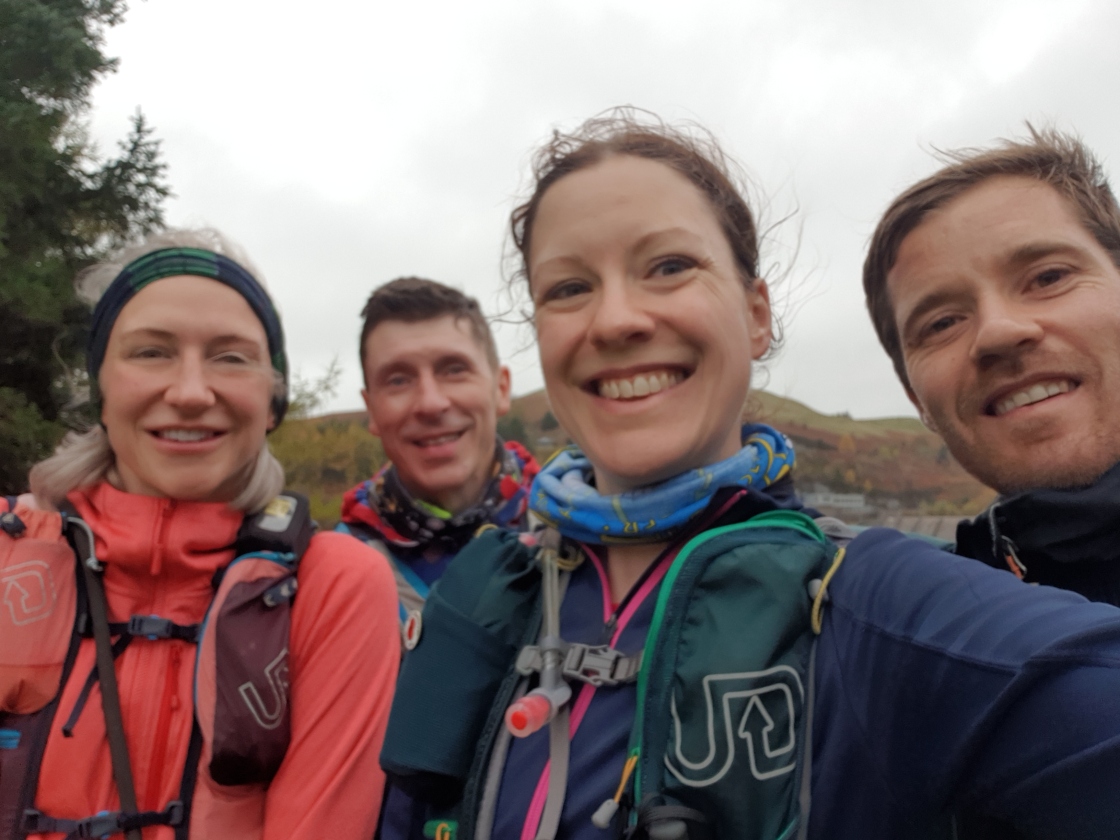 Learning From The Suck

I’m feeling fairly good at the moment. Well, bits of me are. My confidence has had a stonking great boost, and I’m still riding the wave of post-race happiness. My right knee and ankle aren’t feeling so great. Why? Because I completed my longest and toughest race to date just over a week ago: the 135-mile, 25,000ft-ascent beast Rebellion, which took place in Mid-Wales, covering the whole length of Glyndwr’s Way.

It was steep. It was muddy. It rained and rained. We had high winds, and thick fog. And it was utterly tremendous. Running and finishing that race felt wonderful, an achievement miles ahead (literally) of any I’ve accomplished previously. More than any other race, I finished that one bathed in a warm glow of happiness and accomplishment.

And it is for precisely that reason that I spent an hour, two days after the race had finished, painstakingly writing down everything about the race that had sucked.

There was a lot to write. On the second night, in high winds and horizontal rain, it had taken me and three other runners about 4 hours to navigate 12 miles and we reached the checkpoint frozen to the bone.

Both my knees blew out (the right knee is submitting itself to the tender mercies of my physio later this week).

I fell, rolling my already-weakened ankle and breaking a pole, then fell again half an hour later onto the same ankle.

The map card fell out of my GPS and I lost it.

I was in semi-constant pain from about the mid-point of the race, and the last 10 miles were so excruciatingly painful on my feet and knees that I spent over two hours on mindful breathing exercises, deliberately relaxing my facial muscles to eke slightly more pain tolerance from my wrecked body.

At one point, when I fell the second time, I thought to myself, ‘That’s it. The race is over. The medical crew will pull you out, it’s not your fault, you gave it your best shot and now you just have to accept that you’re injured and you won’t finish the race’.

‘Navigating’ (aka blundering about wildly in waist-high bracken) through what felt like miles of featureless moorland with no discernible paths, on my own.

Reader, this all SUCKED. It. Was. Awful. As a whole I absolutely loved the race though, and pushing through all this stuff was definitely part and parcel of the enjoyment and adventure of it. So why write down all the really awful stuff from the race? All the things that made me want to quit, and that made me feel small and stupid and in pain?

Because they are really, really useful.

A short while after you’ve run a race, you are guaranteed to view it through rose-tinted specs, however much it hurt at the time. You’ll be so wrapped up in your achievement, and the brilliant people you ran with, and the stratospheric highs, and the beautiful scenery that you can relive from the photos you took, that you’ll quickly forget all the lows. But forgetting the lows is not a useful thing.

The lows contain important lessons for your next race (work more on your descents so your knees are stronger; be careful when you take the batteries out of your GPS and check that the map card is still in the slot; mindful breathing is really useful for pain management).

They also allow you to mentally prepare for the lows of your next race. If you go into another race blithely remembering only the good stuff, you’ll have a much greater shock to deal with when (surprise, surprise) it hurts again. Go into your next big race fully prepared to be in screaming agony by the end and it’ll give you the chance to mentally brace yourself for the bad stuff before it happens. This isn’t about telling yourself not to do it; it’s about telling yourself to be prepared for it to be really hard when you do.

With any luck, being able to look back fully and honestly on painful, difficult race experiences will help you mentally through the next one. Being able to say, ‘Well this sucks, but I got through two miles in Rebellion having to walk on the outside edge of my left foot because my pressure blister was so bad’ should make your sucky experience marginally less sucky, because you know you can push through it.

Write it all down, in detail, as soon as possible after the race. How much pain you were in. How stupid you felt when you got lost. All the rubbish decisions you made, and how badly they affected your race. All the awfulness is grist to the mill. Use it, don’t lose it!